There is a lot of advertising about getting your implant supported teeth in one day. The purpose of this discussion is to explain why implants succeed and why they fail and when one can begin using them immediately and when you must wait. 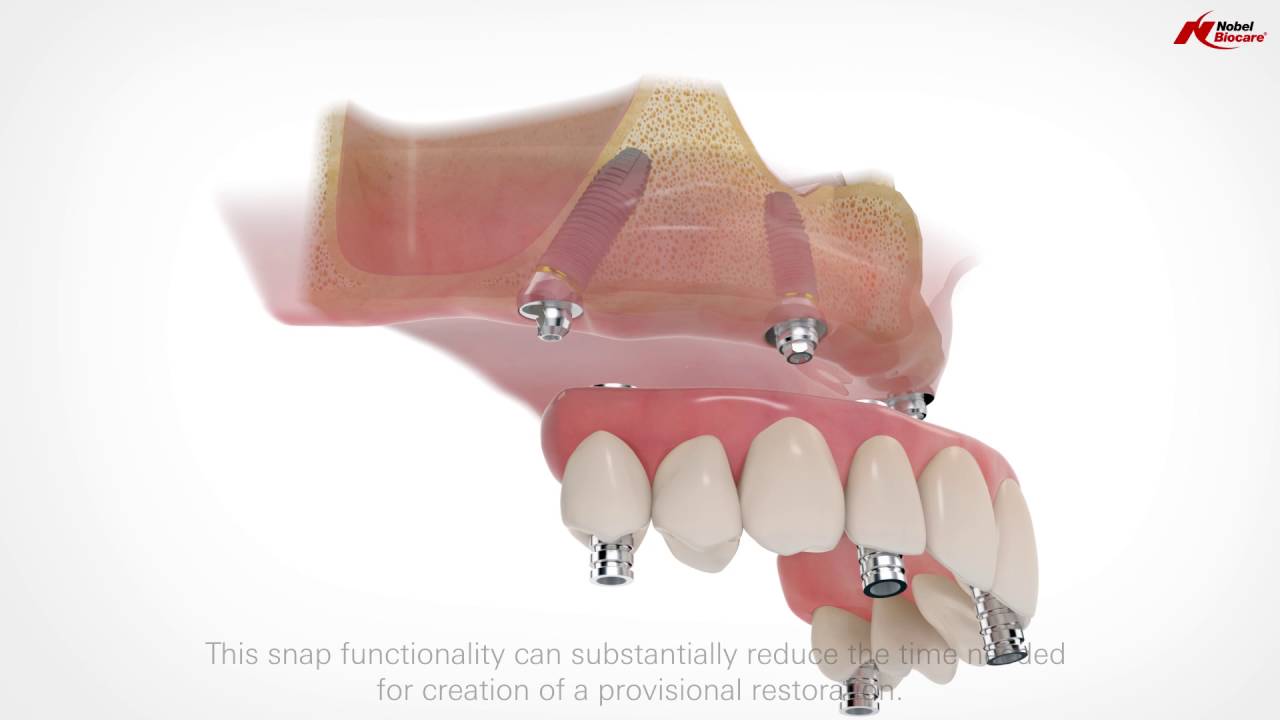 I have been placing and restoring dental implants since 1989. I completed my prosthodontic training at the VA Medical Center in San Francisco in 1990 and completed an advanced implant study club at Loma Linda Dental School in 1995. I have been doing “Teeth in a Day” since 2002.

Dental implants bond to the bone only if they do not move. If for what ever reason, the implant moves, even a little bit, the body rejects the implant as a foreign body. The quality and quantity of bone are critical in determining whether the implant can remain immovable while you are chewing with them, at least in the beginning. Once the implant has bonded to the bone, a process called osseointegration, then the implant will not move even with fairly strong forces applied to it.

We use a CT scan to evaluate the quantity and quality of bone. Without this information you are literally shooting in the dark. If the bone is wide enough, and the bone is hard like oak hardwood, you can place the implants and build teeth on them immediately. If the bone is soft like balsa wood, trying to use the implants immediately will pull them right out of the bone. In the case of soft bone, the implant can still work if it is buried in the bone and left undisturbed for six to nine months for the bone to bond to the implant. 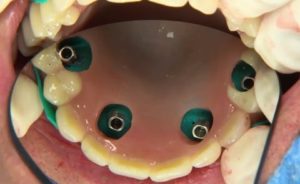 Dental implants also are subject to the laws of physics. If you put a lever arm on an implant it can cause it to move even if in normal circumstances it would not. Often, connecting the implants together, especially around an arch like you would if you built a set of upper or lower teeth can give reinforcement that counteracts these normal lever forces allowing the implants to function even before they have bonded to the bone. If however a tooth is built on the back of the implant in the molar region, this can create an extreme lever force, like that of a nut cracker, that will even compromise implants connected around an arch.

The other mechanical principal is that of bending of a beam. If you connect two implants together but have a distance between them, a force placed midpoint on the bridge can cause the structure connecting the implants together to bend if it is too thin in a vertical dimension. An easy way to picture this is a 2×4 piece of wood suspended between two posts. If the distance is small, you could walk on the 2×4 without bending it. If the distance is larger, your weight on the 2×4 would bend or even break the beam.

If you are connecting 12 teeth on 4 implants there will be areas where you will have at least 27 to 64 times the amount of flexure. This can cause implant movement and failure or breakage of the bridge. For this reason we connect implants with never more than two false teeth between implants and preferably only one false tooth between implants.

There is a concept that is being promoted by some implant manufacturers in which they are attempting to build a whole set of upper or lower teeth on only four implants placed in the front portion of the mouth. From our previous discussion, it should be immediately obvious that if you have bone that is soft, like balsa wood, the probability of some of the implants failing at some point in time is high. If you also cantilever, or build teeth further back behind the implants you create the nutcracker type of lever and again may cause the implant to move or fail. Sometime they counter this by using only a plastic bridge designed so that the bridge breaks instead of the implants. This can be frustrating if you keep having to go back for repairs.

One approach that addresses the softness of the bone in the upper arch is to use an implant that is embedded into the cheek bones. These are harder, but the implants have to be a lot longer and are often placed through the sinuses into the cheekbone.

Immediate implant placement is the process of extracting a tooth and placing an implant immediately into the socket. This works well if there is enough bone and the diameter of the socket is about the same as the implant. If the socket is a lot larger and you cannot engage enough good bone below the socket, then the implant will move and fail. This is especially true when trying to place implants immediately after extracting a multi-rooted tooth like a molar.

Immediate restoration of an implant

Often people want the tooth extracted, the implant placed and a crown put on the implant so that they do not have to go without a tooth. The same principles apply. If the implant can be placed so that it does not move and if there are no extra forces on the tooth, then the implant will work. The advantage of this approach is that the gums do not have a chance to collapse and the appearance can often be maintained. The disadvantage is that the gum sometimes still shrink a little after the extraction, even with the implant in place and the implant might show metal at the gum line. Usually we try and compensate for this by burying the implant deeper into the bone, but this can make maintaining the implant more difficult in the future. It is a fine line that we travel and we do not have as much control over the outcome as we might in a delayed placement situation.

If a baby is conceived you must wait 9 months before the baby is born. This is because it takes that long for the body to develop and the tissues to mature sufficiently. Would it be a good idea for the baby to be born at six months?

When we place an implant and the crown at the same time we usually place a night guard type of appliance to protect the crown from being touched during function. This is worn 24 hours a day/ 7 days a week. A temporary crown is placed initially and then a final crown is made six months later after all of the tissue changes have occurred and the bone has bonded to the implant.